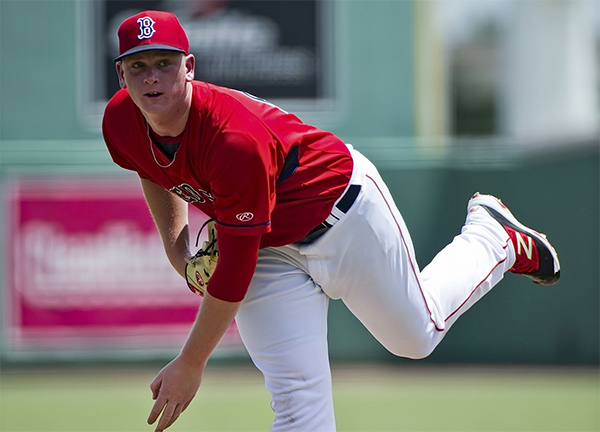 Many of our minor league pitchers were on the verge of making the big leagues last year before the pandemic hit but unfortunately were sidetracked when minor league baseball was cancelled. Several of our guys were active on the taxi squads that stayed at their spring training complexes while many of our guys came home to train with Coach Mike Murphy and their Arsenal teammates. A long winter of heavy training and preparation for this year hopefully will catapult a number of our guys into the majors this year. “ I think a number of our guys are ready to make their team’s MLB rosters this year and they are going to Spring Training ready to make a strong impression. In some ways I think the year off may have helped them.Their bodies are stronger, their arms are fresh, and they are really ready to make their move,” says their mentor, Mr. B. “ I think you will see a number of our young guys
on TV this year.”

High draft choices Tony Locey RHP ( St. Louis Cardinals), DL Hall (Baltimore Orioles), Joe Gatto RHP (Anaheim Angels),Tyler Phillips RHP (Texas Rangers) and Lefty Jason Groome (Boston Red Sox) are names to follow this summer. Mr. B picks Lefty Denny Bentley (Milwaukee Brewers) as his sleeper pick to make the big jump to the show this season. Nick Bitsko, RHP, a first round pick of the Reds makes his pro debut this summer after graduating a year early from HS and joins an army of Barth’s Arsenal Army pitchers in their effort to make it through their minor league systems.

Coach Barth added this prediction about his minor league pitching prospects: “I fully expect these young pitchers to really succeed when they make the big leagues. I think some of them have a chance to be superstars. These guys have been winners for a long time, they know how to pitch, and they are mentally tough. I know how focused these kids are and I know how hard they work so nothing that they do will surprise me. When they make the big leagues they are going to have a major impact !”

After a year of very little baseball anywhere America is looking forward to a great season of baseball in 2021. No one is more excited than “Coach B” and his
stable of Arsenal pitchers and catchers!